Register now, complete the online coursework, attend one Field Session and be ready to officiate games starting this fall!

Photos from our April training 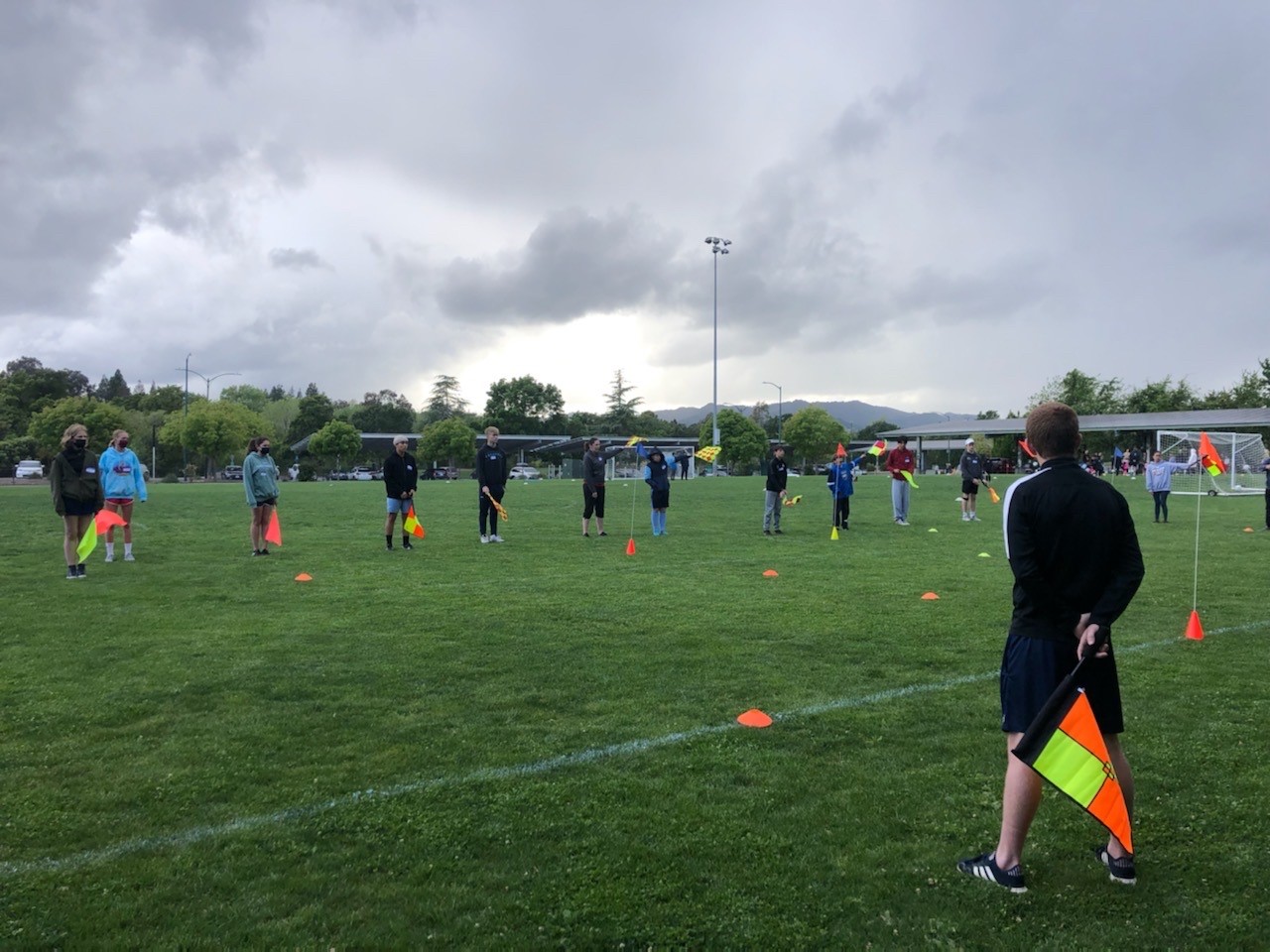 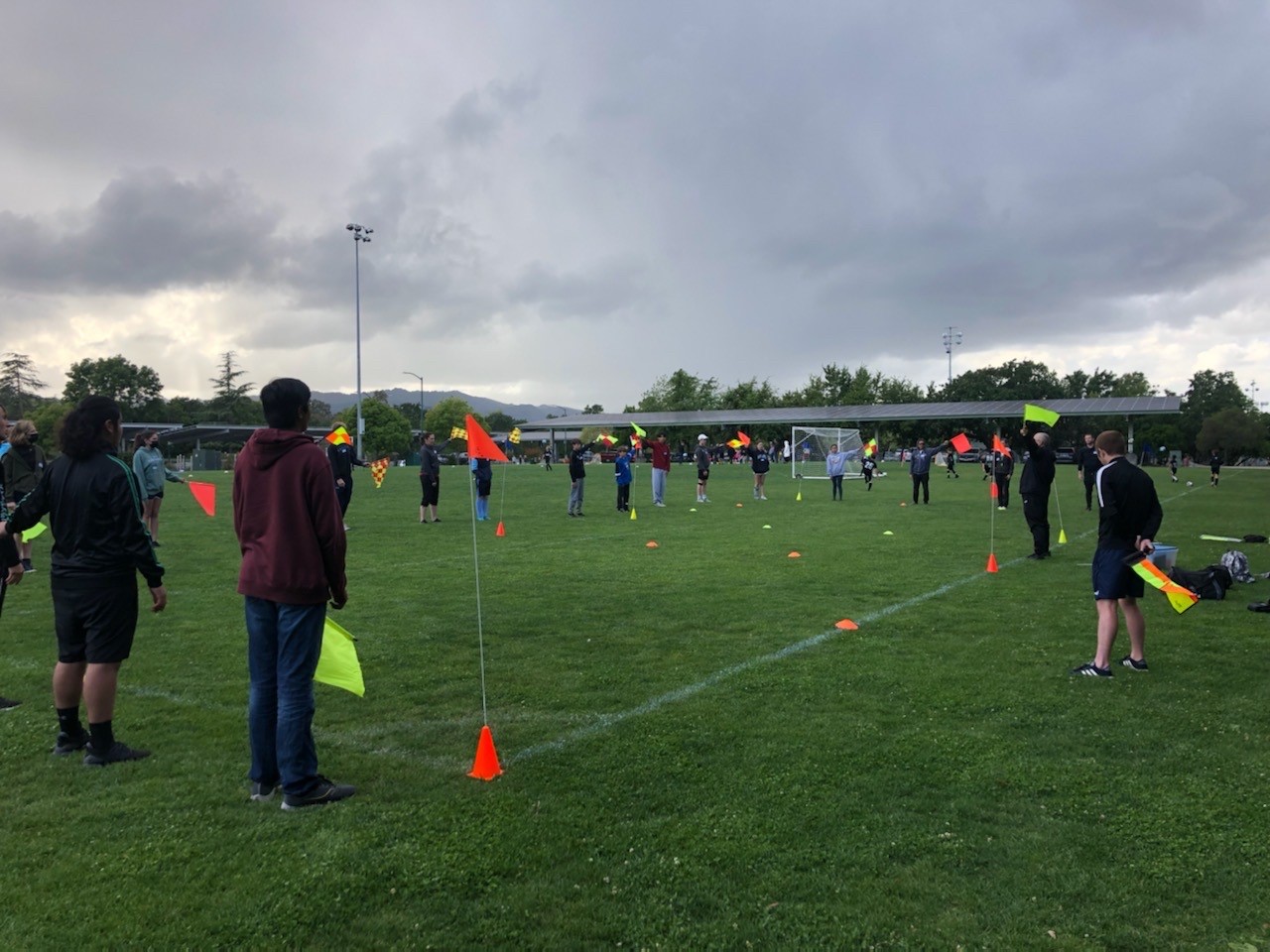 New Instructional Videos for Using
Game Officials and Getting Assignments

Whether you are a brand new referee, or an experienced ref new to the Walnut Creek Referees program, these short instructional videos will help you create your account on the Game Officials assigning platform we use, and show you how to be assigned or self-assign matches.

You already have an account with USSF Learning Center which means that you had registered for 2021 then follow these set of instructions:

• Navigate to USSF Learning Center
• Sign in to your profile
• Use this link to register for the Grassroots recertification course: Link

• Go to “Courses”
• "GRASSROOTS RECERTIFYING REFEREES"
• Select “My courses”
• Find your course, then click Go To Classroom
• Select the grey “assignments” tab at the top of the page when you are in your course

Your badge will be mailed to you in 3-5 weeks upon completion of the course. 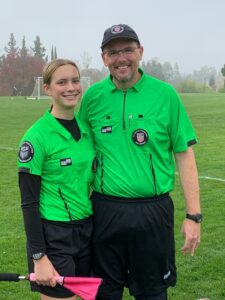 Family fun -We would like to send a special thanks to the father and daughter due of Alan and Dagny Spence. Since earning their referee badges together in 2018, they have been assigned to a combined 336 games for the club as a referee. That is amazing!

After 30 years as a Referee Director, Referee Assignor, Referee, Board member, Mentor, Leader and Friend to thousands, Sal Crispi has announced his retirement to occur at the end of this season.

Walnut Creek Surf Soccer Club has had the privilege of Sal’s commitment to our club since he arrived in 1990 and served on our club board as tournament director. In 1992, he was appointed our Referee Director and has held this role for the past 29 years.

During Sal’s career spanning over three decades at our club and others, he has led referee programs, including the referee
assignment of thousands of games. He has been instrumental in referee education and has guided over a thousand new referee’s to earn their license in the referee training programs he developed and managed.

Sal has also seen many of his referee’s rise through the club level, to high school, college, and professional levels. Sal has been an unbelievable resource and leader in our referee community mentoring other club Assignors in Northern California. We are all forever grateful.

Due to the current Covid-19 pandemic, we will await on celebrating Sal’s successful and impactful career, when the time is safe for an in-person event. Please be on the lookout for how you can join our club in applauding Sal later this summer or fall.

As many of you are aware, we had an assembly bill introduced last year in November (AB 5) that had Sports Officials considered as Employees.  There was a huge effort to lobby against this bill by several Youth Sports Organizations in which CNRA was involved.  I am very happy to announce that AB 2257 was passed on September 4th and signed by our Governor.  I would like to thank our SRA Said Ravanfar for his leadership and efforts to get this bill passed.  Here is a link for this assembly bill: 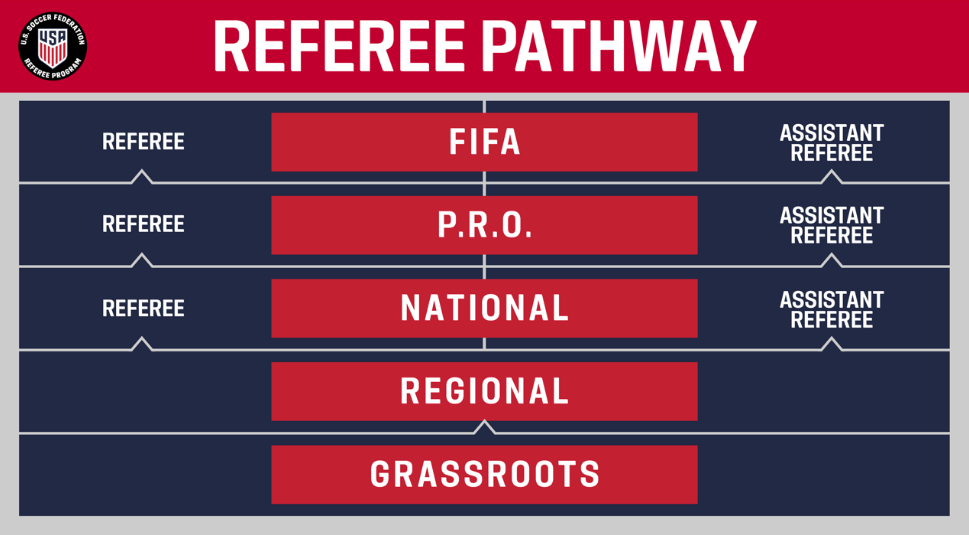 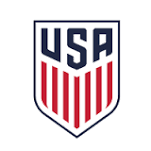